A critical component of your safety is knowing when to react. Propane is a powerful and necessary addition for many homeowners, but it can also be dangerous in certain situations. In many instances, a hazardous situation with propane will be highlighted by several warning signs. The easier you're able to recognize these signs, the better you can ensure your safety. Here are just some of the things you want to look out for and how you should react.

If your propane tank has rust on its surface, you need to take action. The primary issue with rust is that it lowers the integrity of the tank's exterior surface. This is particularly the case in cases of excessive rust. As it progresses, the rust actually thins out the tank's exterior, which ultimately increases the risk of a dangerous leak. The thinning of the surface that naturally occurs with rust development can also limit the tank's ability to block out heat, causing it to instead absorb heat. As the inside of the tank gets hotter, pressure builds up inside.

In order to reduce this pressure, tanks generally have a built-in relief valve that will pop when the pressure level gets too high in order to prevent an explosion. The danger is that should someone be in the area of the tank when this popping occurs, there is a serious risk for injury. If there is rust developing on the tank, have it removed promptly. You can generally avoid this threat by applying a protective coat to the tank.

When it comes to a propane tank, an odor is never a good sign. In many instances, the smell you are experiencing is the result of a gas leak. Gas leaks can result in both serious injury and death when not properly taken care of. A dangerous odor from the tank will generally smell like gas or rotten eggs, due to some of the chemicals used to formulate the gas. In the event of an odor, it's imperative that you act fast.

First, have any family members in the home immediately evacuate. Next, extinguish any open flames in your home, such as a burning candle or even gas stove burner. If you can easily access the gas supply valve for your home, turn it off. If you can't easily access it, don't try to shut it off. Once you've completed these steps, you want to call a service professional to investigate the issue and find the source of the leak.

Safety begins with having a watchful eye. Make sure you are always keeping your eyes open for a sign of a problem. If you suspect a problem with your propane tank, make sure you are calling on a professional, like Small & Sons Oil Dist Co, right away. 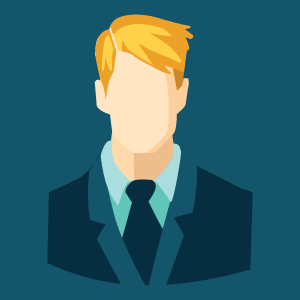 Few things are more intimidating to business owners than hearing that an employee has been injured in a manufacturing accident. Fortunately, there is a lot you can do to avoid these kinds of problems. I wanted to create a website all about understanding and resolving mechanical safety concerns so that people understand what they can do to ward off injuries. I know that some of these tips could have helped me years ago when I was in the industrial sector, so I think they might be able to help you. Check out this blog for more information about keeping your business and employees safe from harm.